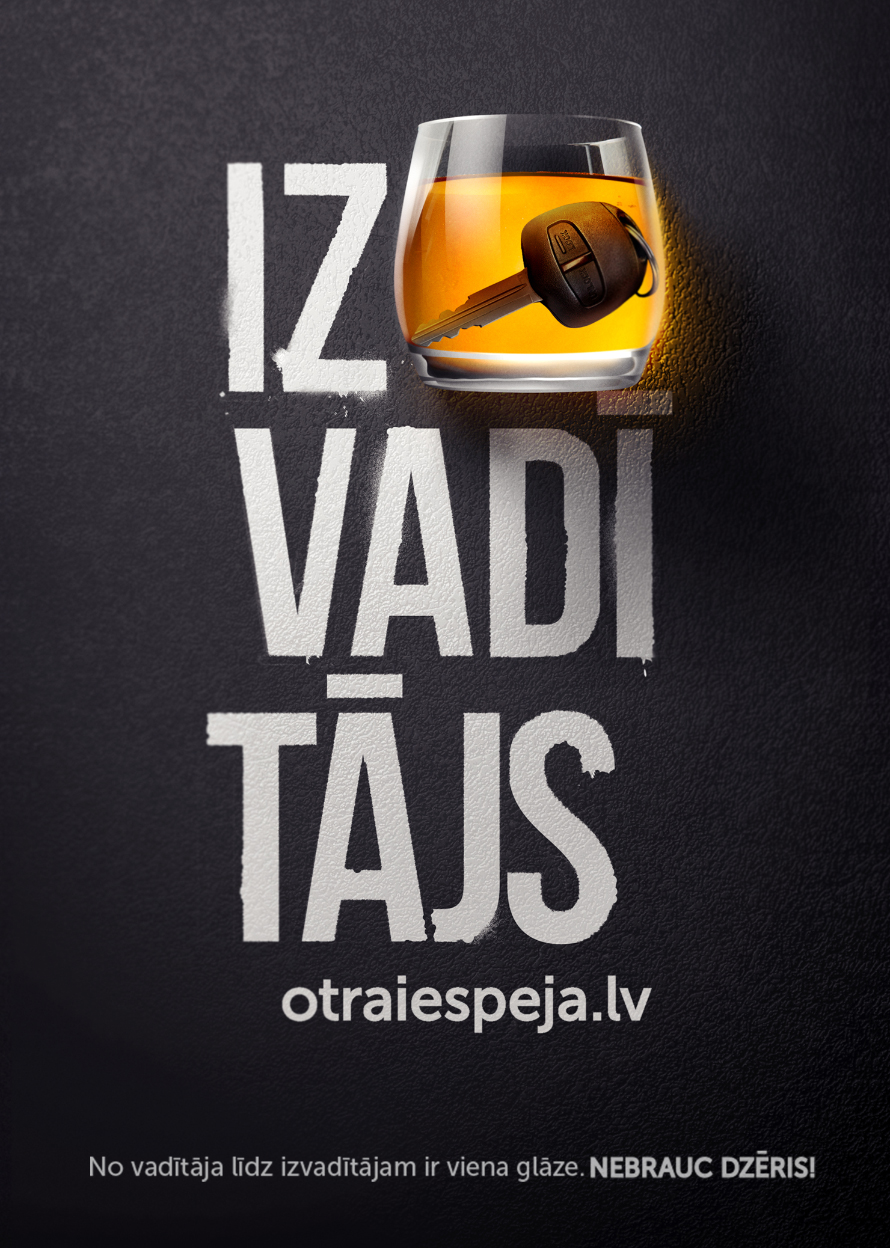 One drink separating the driver and the undertaker. A fully drawn image for the Board of Road Traffic Safety social campaign against drunk driving.  A play on words, where in Latvian "IZ" (prefix) to the word "VADĪTĀJS" (driver) changes the meaning to undertaker. The two words are connected with a glass of alcohol, which may turn the driver into the potential undertaker. An interactive video was also created as part of this powerful campaign, where the viewer could imagine themselves as the undertaker.